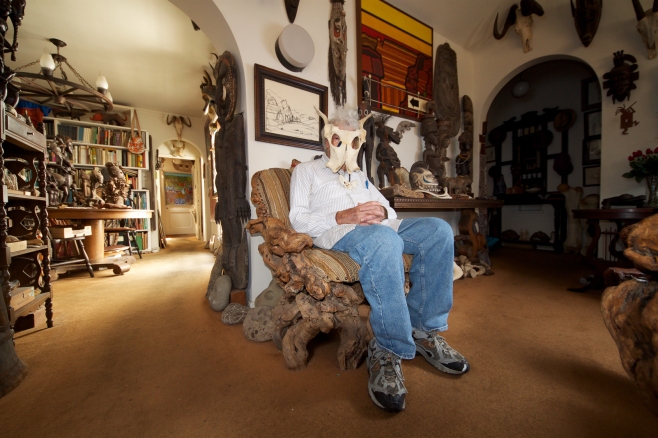 Click here to watch the movie on an external web site.

If you want to purchase the DVD or book, please email me at bcataldo@gmail.com.

The recording of our Presentation on January 31, 2018 is posted on YouTube:
Here’s a link to the presentation if you missed it:
https://www.youtube.com/watch?v=A-e-nZkZFoU&feature=youtu.be
Description: Film director Beth Cataldo and Cal Academy colleague Moe Flannery remember “Reptile Ray” Bandar. After giving a short biography of Ray Bandar and his work, Moe Flannery and Beth Cataldo sit down to discuss the film and answer audience questions about his life and the future of the skull collection.

Check out the film “A Life With Skulls” from our online catalog: https://sfpl.bibliocommons.com/item/show/3427944093

Come see the movie on the big screen at the San Francisco Public Library.

He’s been called Dr. Bones and Reptile Ray. Usually dressed in tattered “field-trip” clothes, Ray Bandar was a fixture at the California Academy of Sciences and the beaches around the San Francisco Bay Area for more than 60 years.

Ray passed away peacefully in his home on December 23 of congestive heart failure at 90 years old. This showing is now a tribute to his life’s work.

Here is Ray’s obituary from the San Francisco Chronicle: http://www.sfgate.com/bayarea/article/Ray-Bones-Bandar-biologist-and-skull-12468945.php

“A Life with Skulls” captures Ray’s obsession for collecting skulls from local beaches, road kill, zoo animals and on field trips to Mexico, Australia and in the United States. This humorous movie investigates Bandar’s history as a skull collector, showing many of the thousands of skulls he has accumulated over the years, talking to Alkmene, his resilient wife, and touring the awe-inspiring Bone Palace.

“A Life with Skulls” is an inspiring look at a man who had a special tie to the natural world. You will be motivated to go out and explore it for yourself.

Screening followed by a Q&A with: