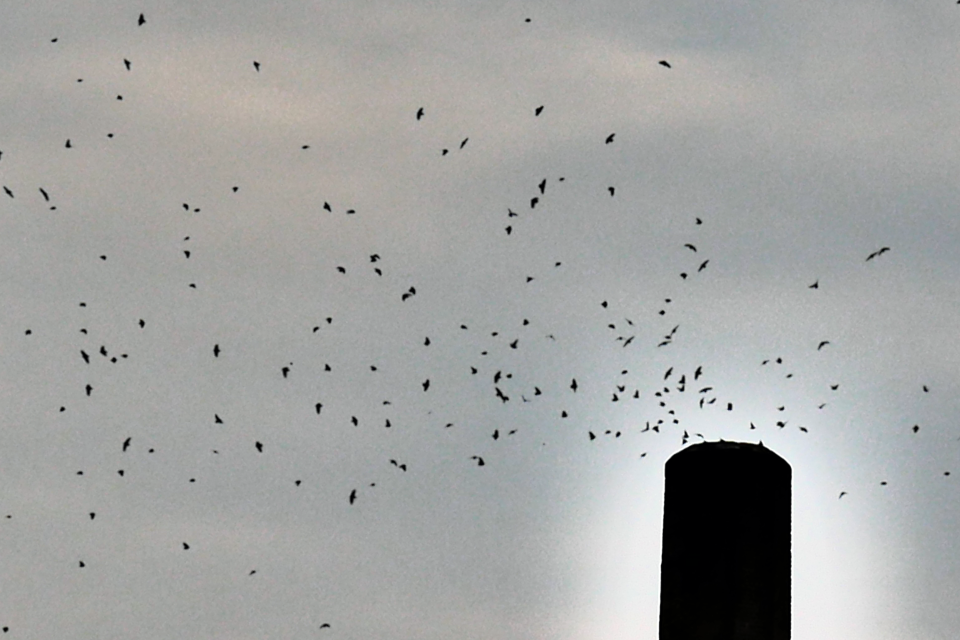 This time of the year, California is a stop-over point for birds heading down to their wintering range. Watching birds fly in groups over the ocean or land is a spectacle of beauty that I seek out each year.

This past weekend, I headed over to a brickyard in San Rafael, where Vaux Swifts stop off for a couple of nights on their way down to Central America. Below is some video footage that I captured from that day, with some birders at the site calculating that there were more than 20,000 swifts trying to get into one brick chimney. We waited until dark, and there were still thousands of birds milling around.

Rumors were that the chimney was filled to capacity and that this was the largest congregation of birds they had ever seen at this site.

By 8pm, the wind had picked up so we left the birds, flying around like an insect swarm in hopes that some space at the chimney would open up.